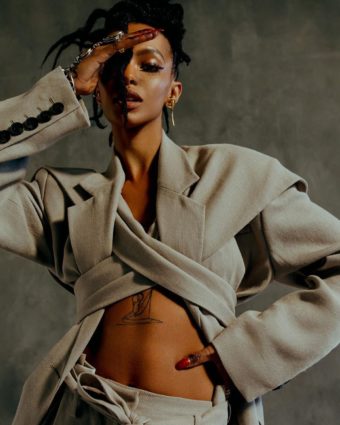 Alewya Demmisse is a singer-songwriter, producer, and visual artist who is known for her multidimensional approach. She heard a local mosque’s call to prayer, met Moroccan neighbors around her home on Goldhawk Road, and had Afro-Caribbean friends all influencing her unique sound.

Furthermore, she is a model discovered by Cara Delevingne while performing in the film Kids in Love, which was directed by her friend, Chris Foggin. Alweya has worked with Women Management (New York) and Storm Model Management (London) as a model. She’s booked for DKNY’s Runway Walk in New York.

Alewya is a London-born musician who was influenced by Ethiopian and Arabic music. Her family immigrated to London as refugees when she was five years old. By the age of nineteen, Alewya had begun investigating music and art, and as a result she released her first song, Sweating, on June 25, 2020. Over 2.1 million people have viewed it.

Recently, Alweya Demmisse dropped her first music track, Sweating, on her Youtube channel at the end of June 2020. The way is overwhelming and has over 2.1M views. She adores Little Simz as a person has also collaborated with him on her track ‘Where’s my Lighter.’

Some Facts about Alewya