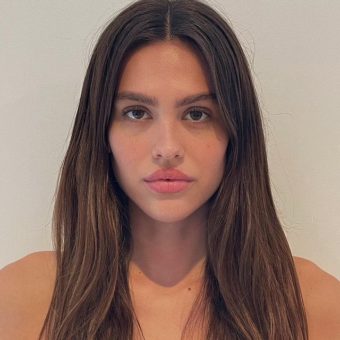 Amelia Gray Hamlin is an American Instagram sensation who rose to fame as the daughter of renowned actors Harry Hamlin and Lisa Rinna. She has over 1 million followers on her ameliagray Instagram account.

Her elder sister Delilah is also incredibly popular on Instagram. Her elder brother Dimitri is an actor and model born from her father and actress Ursula Andress. From 2020 to 2021, she dated Scott Disick.

She made regular appearances on the children’s television series Rachel & the TreeSchoolers.

She made her first television appearance in a 2010 episode of Harry Loves Lisa.

Amelia made headlines in November 2020 when she was seen packing on the PDA with Kourtney Kardashian’s ex Scott Disick, who is 18 years older than her.

She is single at these moments.

Some Facts on Amelia Gray Hamlin

Born Amelia Gray Hamlin in Los Angeles on June 13, 2001 to famous parents Harry Hamlin and Lisa Rinna, Amelia and sister Delilah Belle made appearances on The Real Housewives of Beverly Hills alongside their mother.

On the Bravo series, Amelia was candid about her battle with anorexia and anxiety.

The Hamlin sisters also documented the launch of their clothing line and modeling career on the reality show.