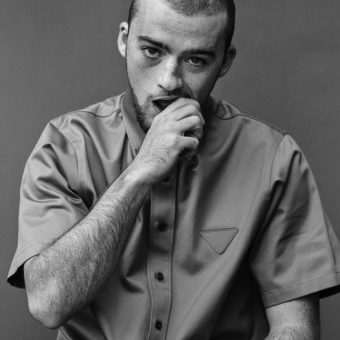 Angus Cloud is an American Television actor who rose to fame after being cast as Fezco on HBO’s teen drama series Euphoria. He appeared on eight episodes during the show’s inaugural season.

Euphoria fans learned a lot more about the bizarre family life and background of Fezco in Sunday’s Season 2 premiere of Euphoria, but actor Angus Cloud reveals that almost never happened.

His role in the hit HBO series marked the acting debut for the 23-year-old Oakland native, with Cloud revealing in an interview with GQ that he was originally supposed to be killed off in Season 1.

The actor revealed that series creator Sam Levinson ultimately changed his mind and brought Fezco back, making him the centerpiece of the Season 2 premiere. Euphoria returns with the second episode of the second season Sunday, January 16 at 9 PM ET on HBO.

As of now, he is about 5 feet 6 inches tall with 71 kgs. He has slight curl black hair with unknown body measurements. There are not many details about his body physiques but he is sure a healthy man.

Angus Cloud is very much single as of now. He was in a relationship before. The popular artist prefers to keep his personal life private.

Despite being a known personality he does not like to talk about his personal life. He wants to keep his personal and professional life separate.

He worked at a chicken-and-waffles restaurant when he was scouted by Euphoria’s casting agent.

He was born in Oakland, CA. His family is from Ireland.

Some Facts About Angus Cloud

Who Is Harry Mahmood? Everything On The Apprentice 2022 Participant