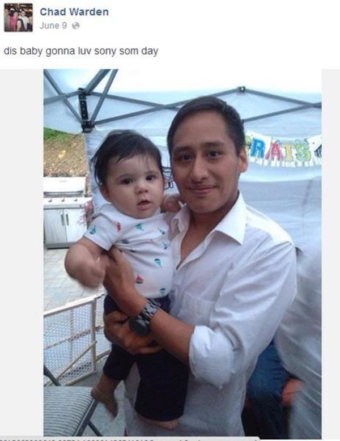 Chad Warden, better known as Chadwardenn, is one of YouTube’s most notorious trolls. In Chad’s videos, he made a number of claims to support the idea that the PS3 is superior to the Wii and Xbox 360; offering incorrect reasons for why this was the case.

Although the majority of people initially accepted his statements and regarded them at face value, causing others to react with fury, Chad did not back up what he was saying. Chad is well-known in YTMND and YouTube Poop communities for creating a large number of memetic responses to his famous video. The memorable phrases and words featured in his film, such as PS Triple and ABAP, have also been utilized as image macros. Chad Warden Meme Explored: Check It Out.

Chad Warden, a Filipino college student, under the user name chadwardenn, posted a video blog on YouTube in March 2007 claiming ridiculous reasons why the Playstation 3 was a better video game system than the Xbox 360 and Wii consoles. A fanboy uploading his unquestioning support for one console over another is nothing out of the ordinary. The element that Chad played was the manifestation of a self-contradictory fanboy who was very misinformed; this was what drew so many views.

The video below shows that Chad was merely playing a pretend persona.

On May 5th, 2008, Chad Warden’s YouTube account was closed for reasons unknown. There were several parodies and spoofs of Chad Warden’s video as well as a plethora of image macros following.

The first Chadwardenn YTMND site was “Sub bitchez da ps triple be ballin’ yo” by gravijacrux on March 26th, 2007. Lcadwallader and Dunsparce began creating their own Chadwardenn sites afterward, and many others followed. They also popularized the moniker “Chawa” for Chad Warden.

Here are a few other notable Chadwardenn YTMNDs:

What did Shawa say?