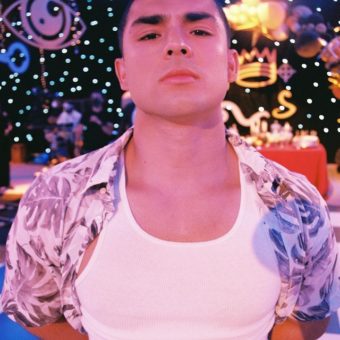 Actor known for his work on Netflix’s On My Block as Cesar Diaz. He has over 2.4 million followers on Instagram. He appeared in two short films, Welcome to Valhalla and Glimmer of Hope.

He hails from Anaheim, California. He became close friends with his On My Block co-star Sierra Capri. He appeared on one episode of Teen Wolf as a member of the lacrosse team.

There are plenty of rumors circulating about Sierra’s love life these days. One of the biggest narratives going around right now is that she’s dating her co-star from On My Block in real life. We’re talking about Diego Tinoco! Since they have such great onscreen chemistry, people generally assume something more has to be going on behind the scenes.

In a March 2020 interview with Teen Vogue, Diego spoke highly of Sierra and said, “Sierra is such a great actress. Working with her, instantly we can just jump into it. I honestly couldn’t have asked for a better scene partner. Especially for my first TV show, having a girlfriend. I couldn’t have asked for a better screen lover.” As sweet as his feelings toward her are, it turns out Diego and Sierra are really nothing more than friends. As of right now, Sierra is totally single.

Some Facts on Diego Tinoco

Diego Tinoco is an American TV actor and model based in Anaheim, California, USA.