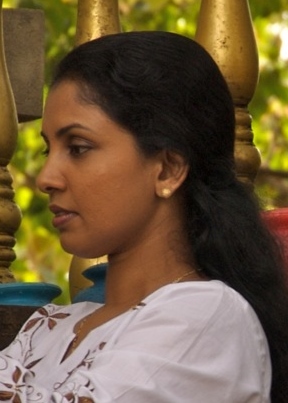 Her husband is Priyankara Perera.

She began her career in commercial flicks. Her talent for dance and distinctive grin enthralled the viewers. She was dubbed the Sri had Sridevi of Sri Lanka, owing to her popularity. In Asoka Handagama’s Me Mage Sandai, she played an abandoned Tamil girl who changed paths with her life when she grew up. From her start in the comedy film Phatak Phetkhini (The Party of the Billionaire) as a youngster, Zunjumegen has been regarded one of Ismail Dhani’s greatest talents. She’s had memorable parts in Sudu Kalu Saha Alu (Shades of Grey), Mage Wam Atha (My Left Hand), and Sulanga (Wind). For her performance as Sudu Kalu Saha Aluk at Sarasaviya Festival in 2005, she won the Presidential award for Best Actress. In 2007, she received the Presidential award for best actress for playing Sulanga.

She made her cinematic debut in 1991 with Dedunnen Samanaliyak, directed by Yasapalitha Nanayakkara. She appeared in the ballet Ukussa in 1987, alongside Channa Wijewardena. Ekanayake debuted on cinema in 1991 with the film Dedunnen Samanaliyak, which was directed by Yasapalitha Nanayakkara. In that year, she won the Sarasaviya prize for Best Upcoming Actress. She received the award for Best Actress at Sarasaviya festival in 1992.

Dilhani Ashokamala Ekanayake is a Sri Lankan actress. She was born on March 4, 1970 in Colombo.