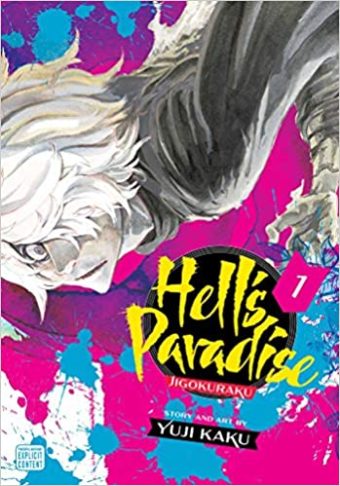 The first trailer for Jigokuraku was revealed by MAPPA at Jump Festa 2022. The anime adaptation of Hell’s Paradise, which is set to premiere in 2021, was announced during the event. Here’s everything you need to know about the upcoming anime.

The Jump Festa 2022 closing ceremony included several major reveals for titles like Dragon Ball Super, Chainsaw Man, Tokyo Revengers, and Bleach. Aside from the continuing series, several new anime adaptations were teased throughout the event, including MAPPA’s Hell’s Paradise Jigokuraku. MAPPA debuted the first PV of Jigokuraku, which features breathtaking visuals and music. As a result, it’s no surprise that anime fans are already anticipating its release.

What is Hell’s Paradise Jigokuraku About?

The anime “Hell’s Paradise Jigokuraku” is based on a Japanese manga by Yuji Kaku. The manga’s plot focuses on Gabimaru and Yamada Asaemon Sagiri, with the former being a ninja who was captured during an assassination mission and the latter being assigned to kill him.

Sagiri, on the other hand, is unable to terminate Gabimaru with his own hands because it is superhuman in nature. Sagiri offers him the elixir of life in return for his promise to forgive his crimes; all he has to do is discover the elixir of life in a far-flung and mythical realm, Shinsenkyo. Gabimaru readily agrees to Sagiri’s request and departs with other prisoners to Shinsenkyo.

The first trailer for MAPPA’s Jigokuraku was released, giving us a taste of the spectacular music and animation. We see Gabimaru and other convicts battling several strange creatures in Shinsenkyo in the trailer.

Does Jigokuraku Anime Have a Release Date?