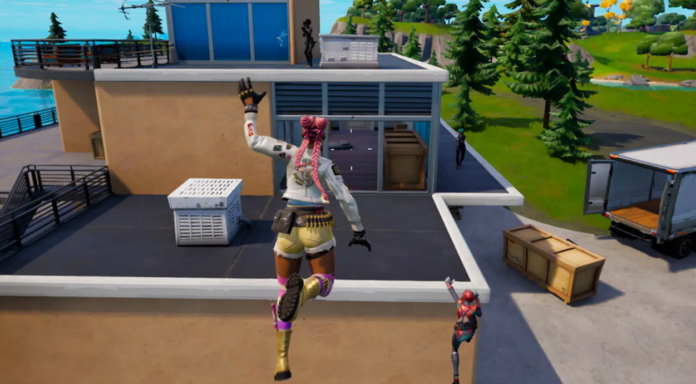 Season 2 of Fortnite has just begun, and while there are still a few weeks left in the season, new weapons, items, and challenges are being introduced on a regular basis. However, not every challenge will provide XP.

There have been some new mechanics that players must learn thanks to the recent improvements – such as how to mantle. If you missed it at the start of this season, here’s your tutorial on how to mantle. How to Mantle Quickly to Earn XP in ‘Fortnite’?

What is mantling in ‘Fortnite’?

The developers added a few new features to the game when Epic Games temporarily took building away at the start of Season 2. Mantling is one of them, and it’s as easy as running up a ledge that’s higher than you and grabbing on with the jump button held down.

Players no longer had the ability to create, therefore they were unable to reach certain high points on the map. With mantling added, players now have many alternatives for getting to higher elevations. You don’t need to use the stairs any more to get to the top of Tilted Towers. The construction has numerous possibilities.

Here are some tips to mantle quickly and effectively

The new quest in Fortnite, for example, asks players to mantle five times within five seconds — which is a little difficult if you know how mantling works. Not only does this necessitate finding a location where you can mantle several times in a row, but it will also demand that you time your jumps carefully to avoid going outside of the allotted time.

Fortunately, there are a few different methods to do this; however, there’s no assurance that you’ll be successful on your first try. To begin, you could attempt scaling the side of the Tilted Towers in five seconds five times. This is definitely possible as long as you climb fast and effectively.

Another option is to construct parallel walls a short distance apart from one another. You may swiftly leap from one ledge to the next by doing this, allowing you to complete the objective. Of course, in Zero Build mode, it’s not possible.

If that doesn’t work, you can also construct four walls in a block formation and very quickly pass between them. Alternatively, you may go back and forth mantling along the same wall.

The key with these is to avoid touching the ground while changing hands; as you begin to fall, grab hold of the ledge and pull yourself over again. This is certainly one of the easier quests in the game, and it appears to be much less difficult than it actually is.