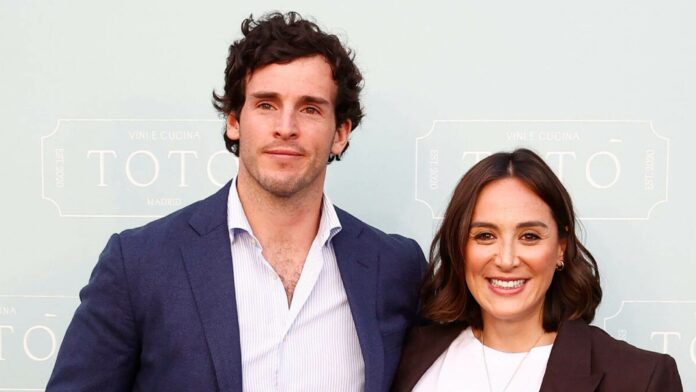 Tamara Falco is an Instagram model and fashion designer. She recently came to headline known for flaunting her diamond-studded ring as she announced being engaged to businessman Íñigo Onieva. Onieva recently made an announcement that left her fans and well-wishers shocked; a video of her being intimate with a Brazilian model named Marina Theiss surfaced shortly after the initial announcement.

Tamara Falco, 41, has also removed her engagement photo from her profile. For those unfamiliar with the term, Tamara Falco recently shared a photograph of herself kissing Íñigo Onieva while displaying her diamond ring on Instagram.

Despite this, now that the videos and photographs of Onieva kissing Marina Theiss have emerged, Falco has yet to address it. Onieva, on the other hand, has stated that he still loves Tamara and asks fans and the media to discontinue sharing images of them together and respect their privacy. He quipped in his letter that he apologized to Tamara Falco for “not being honest” about the new information.

However, after images of the couple surfaced on social media platforms, it was seen that Tamara Falco and Íñigo Onieva attended a wedding. He was asked at the event if he would “forgive infidelity.”

Read Also: Cindy Self Age & Net Worth, Bill Self Wife

The speculation that the photos and videos of Marina Theiss and Onieva were new started when Theiss took to her social media platform and shared an image where she was with Onieva wearing the same clothes as in the viral photos and videos. In 2020, the pair began dating after they met. In one of his earlier Instagram postings, Onieva wished Tamara Falco a happy birthday with a heartfelt message.

Read Also: Who Are Gina Chiles And Timothy Chiles: Know Everything About Her