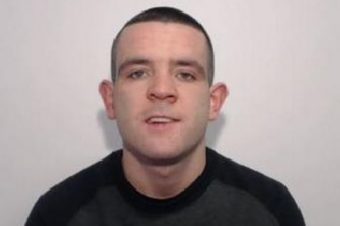 Fake reports have circulated on social media suggesting that rapper Jordan McCann has died. His sister has confirmed that the rumours are false.

It doesn’t take long for fake reports to circulate on the internet as celebrities and social media influencers get targeted by rumours all the time.

In the case of Jordan McCann, he started trending after a report claimed that he has died.

But the Manchester rapper and YouTube star has become victim of a death hoax as he is very much alive, his family has confirmed on Facebook.

Who is Jordan Mccann?

Jordan is a 25-year-old rapper and YouTuber based in Salford.

He rose to fame as an artist during his time in jail after he was given a civil injunction in 2016 with 10 other people in a police crackdown.

The rapper made headlines earlier this summer when a footage of him fighting with fast food security emerged on social media.

Jordan is on Instagram under the handle @jordanmccann2020 where he has gained 212k followers at the time of writing.

Jordan’s sister, Amy McCann, confirmed that the rumours about the rapper are fake and that he is very much alive.

“Thanks for the concern but my brother is alive,” Amy wrote in a Facebook post. “Sorry to all the people this news hurts but he’s alive.”

Amy added: “The goat is very much still alive and coming to a stage near you.”

Jordan’s cousin also slammed the fake speculations and wrote in a Facebook comment: “This is LIES. Take this down why would you even lie about something like this. He’s my cousin and he isn’t dead.”

Jordan is set to make his first live show debut in Manchester on December 16th, 2021.

For more information and tickets, you can visit the rapper’s Instagram profile.

A number of users have slammed the false reports about Jordan.

“This is not nice one bit. Feel for family. Absolutely disgraceful,” said one person.

“He’s not even in prison,” wrote another one, pointing at the report that claimed Jordan was in jail.

“It’s a fake post, Jordan’s alive,” said someone else.