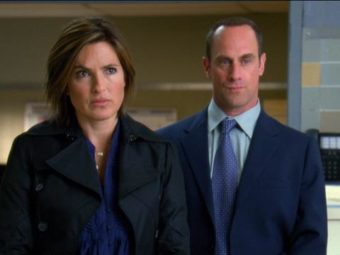 On Friday, a New York state grand jury indicted TV star Isaiah Stokes for murder. In February, Isaiah Stokes is accused of killing a man who was sitting in a parked vehicle in Jamaica, Queens. “The defendant is accused of unloading nearly eleven shots during this brazen afternoon shooting,” Queens District Attorney Melinda Katz said in a press release. “Gun violence is all too prevalent in our neighborhoods. We will not allow it to become the norm.”

Stokes was arraigned on a three-count indictment before Supreme Court Justice Kenneth Holder, who pled him to second-degree murder and two counts of criminal weapon possession in the second degree. His sentencing is scheduled for July 19, and he will receive a maximum of 25 years in prison. Stokes’ representatives didn’t return requests for comment. Is ‘Law and Order’ Actor, Isaiah Stokes Indicted for Murder?

On Feb. 7, security video allegedly showed the defendant getting out of a vehicle and shooting 11 rounds into the driver’s-side window of a Jeep Grand Cherokee, killing Tyrone Jones, a 37-year-old man from Queens Village. There was no information provided by law enforcement regarding the incident.

His father is from Queens and his mother from Rochdale Village in South Jamaica, where he went to school and studied. His acting career began with the feature film debut of rapper Cam’ron in the 2006 direct-to-video crime drama “Killa Season,” which was released around the same time as his album of the same name.

Stokes has been seen in a number of network and premium cable mainstay series since 2006. He has appeared in two episodes of shows such as “Rescue Me,” “The Americans,” “Louie,” and “Blue Bloods.” His acting credits include “Law & Order: Special Victims Unit,” “Boardwalk Empire,” and most recently, “Power.”