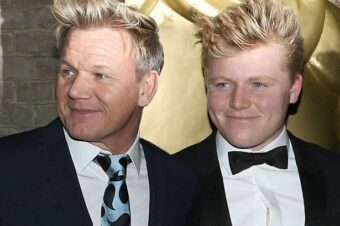 Jack Scott Ramsay is the son of Gordon Ramsay. He spent his childhood at Bretch Hill estate located in Banbury, Oxfordshire, an area known for its deprivation and lack of resources.

Tragically, the chef’s dad also struggled with alcoholism and displayed abusive behaviour towards him as a child.

Some Facts About Jack Scott Ramsay