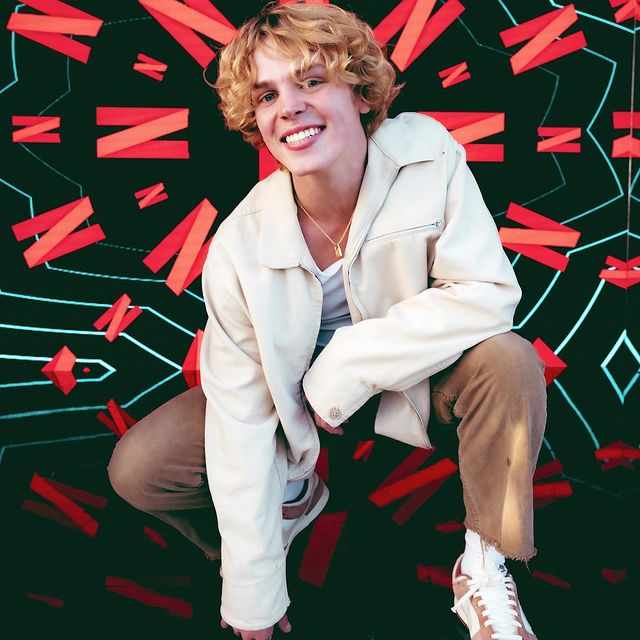 Jack Wright is an American TikTok star, Instagrammer, aspiring singer, and social media influencer. He has garnered popularity primarily through his TikTok account, on which he has accumulated over eight million followers to date. His popularity on TikTok has found its way to other social media sites as well. He has over a million followers on Instagram, more than 170 thousand followers on Twitter, and above 70 thousand subscribers on YouTube. Most of his videos on TikTok either show him performing while lip-syncing to popular tracks or are short comedy skits. While he has achieved fame through social media, music has always been his biggest passion. He started posting to his jack.wright21 Instagram account in the summer of 2016.

How old is Jack Wright? He was born on March 29, 2003. He is 18-yrs old. His father and mother names are not known. He is the twin brother of James Wright. In March 2021, he danced with his grandmother on his TikTok account. Moreover, Jack is set to cast in a reality series following the social media collective Hype House is currently in production from Netflix, and some of the most popular content creators adored by the TikTok masses are set to star. The unscripted series will give an unfettered look at their lives, according to a release from the streamer.

How tall is Jack Wright? He has a height of 5 feet and 8 inches. The social media star possesses an amazing slim-built body. He weighs around 55 Kg.

Who is the girlfriend of Jack Wright? As Jack Wright grows in popularity, many of his fans are curious to know more about his dating life. However, Jack Wright has not been very open when it comes to his dating life. The social media star has not shared much on dating and has also not mentioned having a girlfriend. Likewise, his social media also shows no signs of him having a girlfriend. On the other hand, he also seems much busy with his career, explaining him not having time to be in a committed relationship. Regardless, Jack Wright single at the moment. However, we will be sure to update you if any news on his relationship status surfaces.

How much is the net worth of Jack Wright? He started taking social media seriously after he turned 16. He was a pole vaulter who participated in track and field at Great Oak High School. He posted a dance video with Charli D’Amelio to TikTok on her birthday in 2020 that earned over 3 million views. His net worth is estimated at $500 K – $800 K.