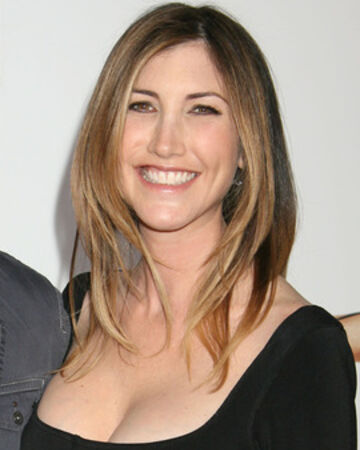 Jacqueline Titone is an American actress and social media star. She is well for portraying Martha in Hotel Transylvania, Masseuse in That’s My Boy, and had parts in movies such as 50 First Dates. She also appeared in Just Go with It, Grown Ups and Grown Ups 2. Other than this, she is active on social media platforms and has an immense fan following there. Link in bio.

How old is Jacqueline Titone? She was born on September 24, 1974 in Coral Springs, FL. She is 46-yrs old. She holds American nationality and belongs to mixed ethnicity.

Who is the husband of Jacqueline Titone? She tied knot with Adam Sandler in 2003 and the couple had two children together: Sunny and Sadie. Moreover, her previous dating history is not known.

How much is the net worth of Jacqueline Titone? She started her career after meeting Rob Schneider and playing Sally in Deuce Bigalow: Male Gigolo. Her net worth is estimated over $2 million (USD).