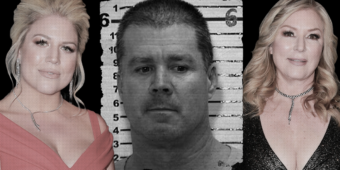 The real-life story is even more shocking than the show. You may discover Bravo’s thriller series Dirty John to be gripping and frightening, but it is nothing compared to the true-life tale that inspired it. When Debra Newell met John Meehan for dinner at a candlelit California restaurant in October 2014 after a string of uninspiring first dates, something felt different. He was attractive, charming, accomplished, and appeared genuinely interested in her. After four failed marriages, she thought she’d finally found “the real thing.”

Meehan’s lies became increasingly absurd, and the depth of his deception was revealed over time. Yet over the next few weeks and months, Meehan gradually revealed himself to be the polar opposite: a pathological liar with an ignoble temper, a criminal past, and a long history of swindling, manipulating, and abusing women. In Christopher Goffard’s six-part Los Angeles Times story/podcast Dirty John , journalist Christopher Goffard recounts how Debra’s ideal guy became her worst nightmare.

If you haven’t read Goffard’s articles or heard the podcast yet, rectify that immediately. Seriously. Do it now. With that disclaimer in mind, here’s a chronological timeline summarizing the key events in the horrifying true saga behind Dirty John. Terra Newell stabbed John Meehan 13 times after he attacked her.

hree years ago today, the reign of terror of John Meehan, who later became known as “Dirty John,” came to an end when his stepdaughter, Terra Newell, stabbed him 13 times after he had attacked her in her apartment complex’s parking lot.

Meehan’s long trail of abuse of women subsequently came to light, as the notorious conman and sociopath was profiled in the Los Angeles Times podcast, Dirty John, and later a scripted Bravo series of the same name.

My heart is pounding, I’m kicking and screaming as hard as I can. It lasted seconds, but felt like hours. In just 32 seconds, my life changed forever.

The man grabbed me from my waist and said, “Do you remember me?” I did and knew he was there to kill me.

If you’ve seen the show or have listened to the podcast Dirty John, you know what happened next. I survived and killed my attacker.

Aug. 20, 2019, marks the three-year anniversary of my attack. My attacker was John Meehan, my estranged step-father. My mother, Debra Newell, met him on a dating website. She fell for him and quickly married him. He wasn’t who he claimed to be. He wasn’t a good man and my mother couldn’t see that.