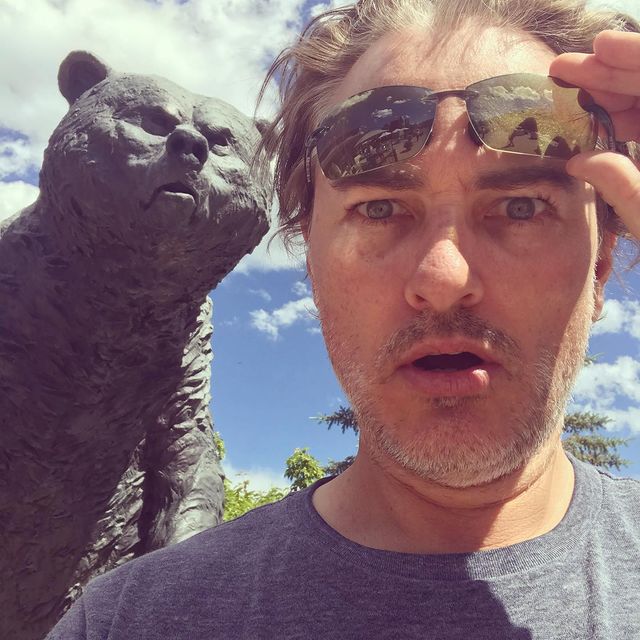 Kerr Smith is an American Television actor and social media personality. He is famous as Jack McPhee on the WB drama Dawson’s Creek. He is the much-loved late 1990s teen drama series starring James Van Der Beek, Katie Holmes, Joshua Jackson, Kerr Smith and Michelle Williams. He is also known for his role as Kyle Brody in another WB drama, Charmed. He is also known for portraying Carter Horton in Final Destination (2000). He starred in the movie Where Hope Grows (2014). He has million of followers under his social media platforms. Link in bio.

How old is Kerr Smith? He was born on March 9, 1972 in Exton, PA. As of 2021, he is 49-yrs old. He holds American nationality and belongs to mixed ethnicity. His father name is Barbara (Hess) and a father who works as a financial advisor. He has siblings as well. He has a sister named Allison. As per his education, he attended Peirce Middle School.

How tall is Kerr Smith? His height measure 5 Feet 10 Inches and weighs about 67 kg. He has dark brown eyes and blonde hair.

Who is the wife of Kerr Smith? As of 2021, he is married with his wife named, Lisa. Currently, couple has together started a holistic health and wellness business called TerraLife Wellness. As per his previous dating history, Smith married actress Harmoni Everett on June 7, 2003. He filed for divorce on March 20, 2009.

What is the net worth of Kerr Smith? He played the role of Ryan Thomas on the TV series, Life Unexpected. He starred in the TV film Critical Assembly, alongside Katherine Heigl, in 2002. His net worth is estimated at $3 million, as of 2021.

Kerr Smith began his career after, he joined the cast of Dawson’s Creek he was 26-years-old and portraying a 16-year-old high school student. He was 31-years-old when the show ended its six-year run in 2003. Smith debuted on CW’s Riverdale, as the principal of Riverdale High, in season 4, replacing Mr. Weatherbee. Kerr Smith’s character name was Mr. Honey.