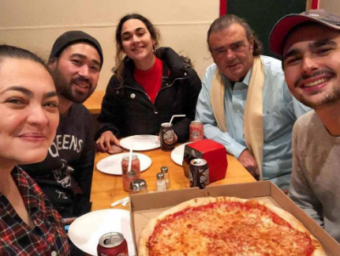 Evangeline Rose G. Eigenmann, better known as Cherie Gil, is a Filipina actress who has won accolades for her work in television, film, and theater. Aside from that, she has a fascinating personality and features to discover due to her mix of Swiss-German, Spanish, and Filipino heritage.

Gil, on the other hand, became a “typical kontrabida” in Philippine cinema for almost 50 years after establishing his reputation as such. She began her acting career at the age of nine and is best recognized for her portrayal of Lavinia Arguelles in Bituing Walang Ningning. We’ve compiled some information about Gil’s personal life, particularly her relationship with Leo Martinez, due to her renown. All About Leo Martinez And Cherie Gil: Check It Out.

Many of Cherie Gil and Leo Martinez’s fans are still in awe of their love stories. While people were uncertain about the connection, many elements of their relationship have been discussed on the internet. Furthermore, because both have acting backgrounds, their relationship may have begun in a made-up environment. Leo was previously the Film Academy of the Philippines’ director general before Vivian Velez took over.

Although the actors were linked, it appeared that they had never married, although their love affair did produce a son named Jeremiah David (Jay). “I’m turning 16 today when I learn that Cherie Gil and Leo Martinez have kid pal,” one person tweeted. Leo is said to be married to Gina Valenciano, Gary’s sister and the mother of Lesley Elvira Valenciano Martinez.

Before Leo, Gil Was Married To A Violinist

After all, Cherie Gil was formerly married to Rony Rogoff, a violinist. Rony Rogoff’s first instructors were Ramy Shevelov and his father, a founder member of the Israel Philharmonic Orchestra, who was born in Israel. Before divorcing in 2008, Cherie and Rony were married for twenty years.

However, she reconciled with her ex-husband, the renowned Israeli musician, and stopped the program before returning to the United States. In 2021, a relative claimed that Rony and Cherie had chosen to reunite thirteen years after divorce in order to be together. However, there were no additional implications or consequences from this statement. The renewal of Cherie and Rony’s connection was one of the contentious reasons for her absence from Legal Wives.

Cherie has three children, Jay, Bianca, and Raphael. She shares two of them with her ex-husband Rony, while one son, Jay, was born during a previous relationship with Leo. One of the three is a sound engineer; they all live in New York. Both Bianca and Raphael are students at NYU. Raphael has chosen to specialize in global liberal studies, while Bianca is concentrating on musical theatre. You can see that she is genuinely happy when she talks about her children.

When asked about her relationship with them during an interview with Pep from back in 2018, Cherie stated that she is not the strict mother she portrays on television, getting involved in her kids’ romantic connections.

What Happened To Cherie Gil?

Cherie Gill, the Philippine icon, passed away today. On August 5, terrible news was reported. She was 59 years old at the time of her death. Sid Lucero, Cherie’s nephew, confirmed the tragic news. Fans of the outstanding actress wasted little time and began to pay tribute to her following the announcement on social media.

“I am devastated to learn that Ms. Cherie Gil, one of the finest actresses in history, died at 5 o’clock today, August 5, 2022,” wrote one Twitter user. “La Primera Contravida, you will be sorely missed forever!”

Cherie Gil Cause Of Death: Cancer

Cherie is a fantastic actress who has made significant contributions to the film world. Despite her death, she will always be remembered for her substantial contribution. The fans of Cherie, on the other hand, are looking for answers to whether or not she died of cancer. It’s been rumored that Cherie was undergoing treatment at the Memorial Sloan Kettering Cancer Center in New York, based on recent Facebook postings.

On July 13, 2018, Cherie was inundated with kind wishes and good wishes. One of the users wrote, “Hang in there, Cherie! Praying for you to get well as soon as possible, amiga hugs and kisses.” As you scroll down on Facebook and Instagram, numerous posts regarding her operations may be discovered.