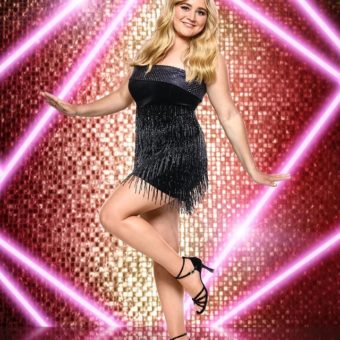 Matilda Ramsay is a British born to chef Gordon Ramsay and his wife Tana, she is a natural cook herself as she landed a cooking show of her own called Tillywood. She also starred on her family’s show called Matilda and the Ramsay Bunch.

Who is Matilda Ramsay?

She presented a National Television Award in 2014. She appeared in an episode of her father’s show MasterChef Junior.

Watching her father do what he does best, she wanted to follow in his footsteps from an early age. Her net worth is estimated to be $200k -$300k.

Some Facts on Matilda Ramsay

Matilda Ramsay is an English television presenter, chef, and social media influencer best known for presenting the BBC cooking show Matilda and the Ramsay Bunch on CBBC alongside her family.

Her parents are Tana Ramsay, a cookery book author, and Gordon Ramsay, a celebrity chef. She resides in both the United Kingdom and the United States with her family.

She is currently appearing on the latest series of Strictly Come Dancing.