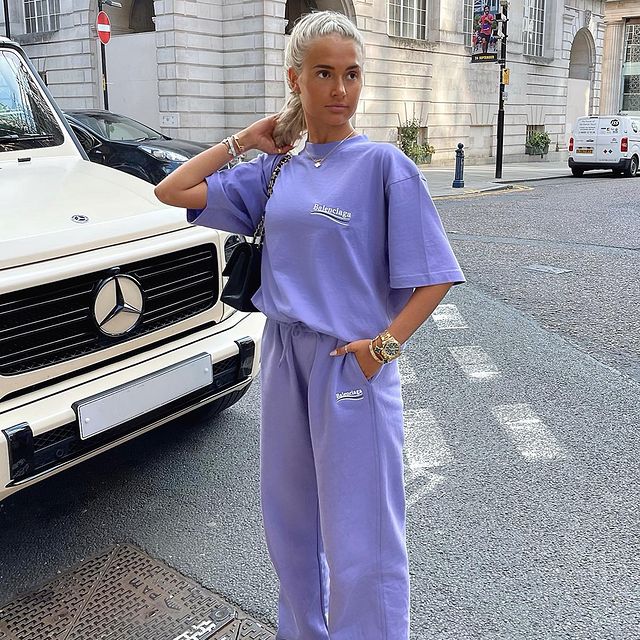 Molly-Mae Hague is a Brtiish based model who rose to fame for her self-titled Instagram account where she posts casual, glam, and bikini modeling photos. In 2019, she competed on Love Island and became runner-up.

She has seen her Instagram audience grow to more than 5 million followers. She has also gained more than 1.5 million subscribers to her lifestyle and beauty-centric MollyMae YouTube channel.

Molly-Mae Hague was born on May 26, 1999 in England. She was raised in Hitchin, Hertfordshire and was born to a settled Christian family. She is British-born and English by birth and believes in Christianity.

She received her early education from Princess Fashion Retail Academy, Hitchin, United Kingdom. She didn’t enroll herself at any college. Later, she was also a part of a reality TV show. She was interested in co-curricular activities from the beginning of her life, rather than studying.

Molly-Mae Hague and Tommy Fury have reunited after Tommy’s victorious boxing trip to the USA. Moreover, she began dating Tommy Fury while they were competing on Love Island together.

The couple headed to lunch in Manchester city centre on Monday afternoon, holding hands as they crossed the street.

The outing comes after professional fighter Tommy beat Tyron Woodley and Anthony Taylor at a fight in Ohio on Sunday night. The brother of WBC heavyweight champion Tyson Fury settled for a points win as the judges scores the fight 40-36 in his favour.

Tommy now has an unbeaten record of seven fights and squared up to his rival Jake Paul after the event was over.

Molly-Mae Hague is officially a millionaire, according to this tabloid. MOLLY-MAE has become one of the most sucessful stars to come out of Love Island. On top of her latest earnings, she also has assets of £786,959 – including £777,179 in cash reserves.

There are three business under the group’s umbrella: Filter, MMH International and FM Cosmetics. Molly-Mae’s bills total £232,662, with £159,809 in corporation tax.