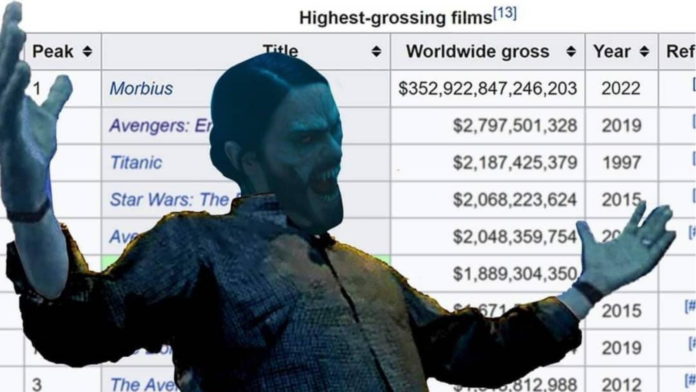 The Morbius Sweep is a term that has been used to describe a particular strategy employed in the game of Magic: The Gathering.

The name “Morbius Sweep” comes from the card Morbid Curiosity, which allows its controller to draw a card for each creature that died that turn.

This strategy revolves around using creatures with deathtouch or other methods of killing creatures (such as sacrificing them to effects like Bloodthirst) to clear the opponent’s board of creatures, and then drawing a large number of cards off of Morbid Curiosity.

This can be an effective way to grind out an opponent who is relying on creatures to win the game, as it can allow you to keep up with their card advantage while also putting a significant amount of pressure on their life total.

However, the Morbius Sweep can be difficult to pull off, as it requires you to have a lot of creatures on the board in order to make it effective. Additionally, your opponent can play around the strategy by holding back creatures from attacking or by playing removal spells to kill your creatures before they can do their work.

If you’re looking to try out the Morbius Sweep, it’s important to have a solid plan for how you’re going to get enough creatures on the board to make it effective. Additionally, you’ll need to be aware of what your opponent is doing in order to play around their potential answers.

The Morbius Sweep first went viral in early 2017, after a video was posted to YouTube showing the strategy in action. The video, which was created by user MTGGoldfish, quickly racked up a large number of views and helped to popularize the strategy.

Since then, the Morbius Sweep has been featured in a number of high-profile Magic: The Gathering tournaments, further helping to cement its place in the game’s meta.

In the months since the Morbius Sweep went viral, it has become one of the most popular strategies in Magic: The Gathering. If you’re looking to try it out for yourself, be sure to check out our guide on how to build a Morbius Sweep deck.

Have you ever used the Morbius Sweep in a game of Magic: The Gathering?