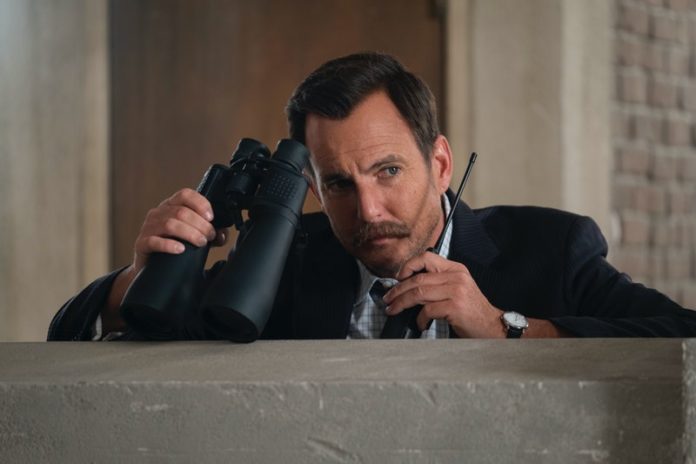 ‘Murderville’ is a comedy series based on Andy Brereton and Avril Spary’s British program ‘Murder in Successville.’ Each episode was created by Krister Johnson, which follows Detective Terry Seattle (Will Arnett) as he investigates a difficult murder case with the help of a special guest star. Guest stars are given clues to determine who the culprit is but are not given access to the script. As a result, they must act out what happens.

The amusing comedy is bolstered by some excellent acting, but the series has received mixed reviews. Viewers who liked the show’s unique concept will undoubtedly be asking if there will be a sequel. In that scenario, here’s what we know about ‘Murderville’ season 2’s prospects!

On February 3, 2022, the first season of ‘Murderville‘ will be available on Netflix. The series consists of six episodes that were all made available on the streaming service at the same time, allowing viewers to binge-watch them. Each episode of the program lasts between 29 and 35 minutes.

Netflix has yet to make any official announcements about a second season. However, the network has not yet made a decision regarding the show’s continuation. Before determining whether a program merits a second season, Netflix typically spends several weeks analyzing viewership and audience data. If the program is a hit with viewers, it’s possible that a second season will be produced as a result of this analysis.

In a recent interview with The Hollywood Reporter, Will Arnett, who plays the show’s main character and serves as an executive producer, addressed the prospect of a second season. “I’d want to do more if it works and people enjoy it.” And if people respond by saying, “Okay, sure,” that’s wonderful; we had a fantastic time doing it,” he added. According to Arnett’s comments, while he is willing to produce additional episodes, demand from the audience will influence his decision.

Given the relatively low barrier to entry associated with producing television series, a second season is almost always guaranteed. If the show meets Netflix’s viewership expectations, a second season should be announced shortly afterwards. The first season was filmed in Los Angeles over the summer of 2021 and will premiere in early 2022. A similar production plan could be implemented for future seasons. As a result, if ‘Murderville’ season 2 is made, it would likely premiere in Q1 2023.

What is the plot of Murderville Season 2?

If the second season is commissioned, it will be similar to the first with new cast members working alongside Terry in the field. Furthermore, in his professional life, Terry may be seeking for a new partner.

However, when considered as a whole, Murderville does not appear to be greater than its individual components. After all, there’s no way to tell the difference between programs featuring comic geniuses and ones with celebrities who aren’t; Terry’s odd instructions and the limitations of these meticulously engineered stories render them merely okay rather than great. Actors are not given scripts to follow while working on a film; however, they are prohibited from establishing their own personas or directing their own circumstances.

Even a fantastic actor like Jeong can only extract so much comedy from altering his speech’s tone and rhythm at Terry’s command, and even a delightful character like Lynch can do only so much to make lines fed to him through headphones seem like his own. Murderville’s whodunits are often entertaining, with clear, easy answers. The larger mystery they leave unresolved is why they aren’t more compelling to watch unfold.

The problem is that many of these jokes fail to elicit enough laughter to justify the programs’ bloated half-hour lengths. A program that attempts to integrate improv comedy and a crime thriller is likely to include some stupid filler. It’s possible that it’s essential: without the extra layers, a more basic Murderville would be too simple to solve, and it wouldn’t have the same draw as watching celebrities make a complete botch of things. To put it another way, cutting Murderville so close that it becomes unrecognizable is an example of excessive restraint.