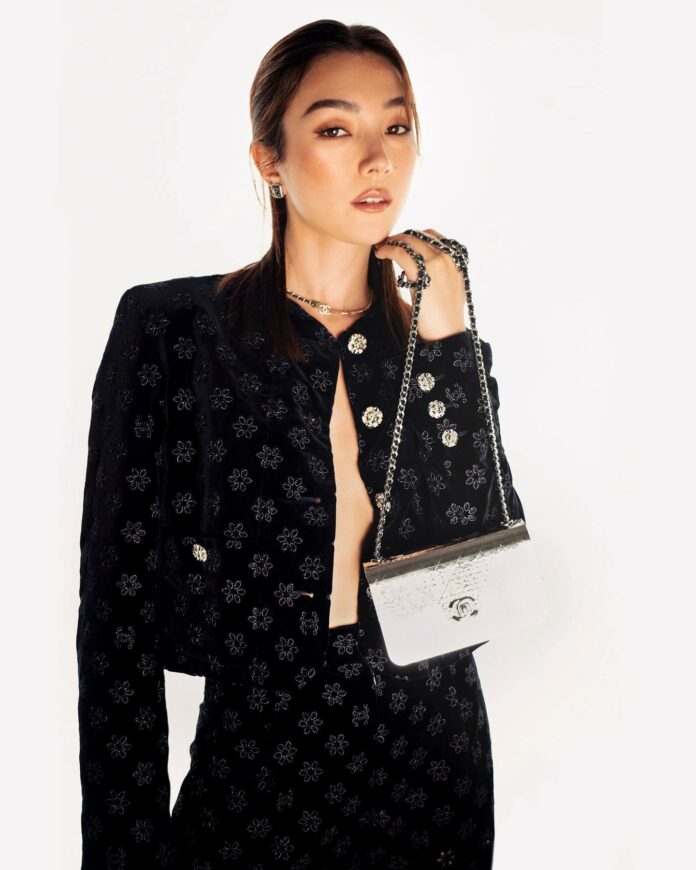 Natasha Liu Bordizzo is an Australian model and actress who has been sought after by millions of people since she featured in the action, fantasy, and comedy film Day Shift, which is scheduled to be released on August 12, 2022. In the film Day Shift, a conscientious, blue-collar father just wants to offer his 8-year-old girl with a good life. His poverty- stricken pool cleaning job in the San Fernando Valley is only a cover for his reliable source of income, which comes from stalking and murdering vampires.

She made her acting debut in Netflix’s Crouching Tiger, Hidden Dragon: Sword of Destiny as Snow Vase. She played Helena in The Society, which aired on Netflix in 2019. In addition to modeling for Bonds, she campaigns for Chanel. Who Are Natasha Liu Bordizzo’s Parents?

Liu was born on August 25, 1994, in Sydney, Australia, to her father, who is Italian and her mother, who is Chinese. Her parents’ identities are unknown outside of their ethnic backgrounds. Liu graduated from Sydney Girls High School before enrolling at the University of Technology Sydney’s Bachelor of Law/Bachelor of Communication program.

She was handed the biggest part in Crouching Tiger, Hidden Dragon 2 after never having performed before. Bordizzo thought her age, appearance, English language skills, and martial arts expertise were all pertinent. She has a black-black belt in taekwondo and is studying to maintain karate, which was one of the reasons for her casting. She went to the University of Technology Sydney to get a dual degree in law and communication after graduating from Sydney Girls High School.

As of 2022, Natasha Liu Bordizzo is still single and dating no one. She has never spoken about her personal life information and has not revealed any details regarding her love life. The professional career of the 27-year-old is currently at the forefront of her mind, and she is doing all she can to establish herself as a successful actor in the entertainment business. She is unwilling to divert her attention away from her job in order to spend time with her lover. As a result, she has shown no interest in becoming involved with another individual in her life.

In the Mandarin-language Detective Chinatown 2, Natasha Liu Bordizzo made her Chinese cinematic debut. The accomplished actress also had a role as the male protagonist’s love interest in the comedic action film Guns Akimbo (2019). Helena is one of the main cast members in Netflix mystery drama series The Society (2019), and she is now filming Day Shift.

Natasha Liu Bordizzo, a 28-year-old actress and model of Chinese and Italian heritage, is an Asian actress and model. The actress has hardly spoken about her family. In Amazon Prime Video’s 2020 film The Voyeurs, Natasha Bordizzo played Julia. The tale follows a married couple who discovers their neighbors’ extramarital affairs in the 2019 movie filmed in Montreal, Canada. During her video audition for the part, the director insisted she should use an American accent, but the director insisted she keep her native Australian accent.

In 2020, Bordizzo was chosen to play Ahsoka in the Star Wars limited series Ahsoka, which aired on Netflix in 2021. She voiced Li Na Weng’s voice in the animated comedy Wish Dragon that same year. After learning that they were once close pals as children, a young boy embarks on a quest to find her and discover their history together. In November 2021, Bordizzo was picked to play Sabine Wren in the Star Wars spin-off series Ahsoka .

Read Also: Meet Anna Actress, Park Ye-Young: All About Her

According to Natasha Liu Bordizzo, she is worth about $500,000. She will have amassed enough money for herself in 2015 by being involved in the entertainment industry and modeling business.

She also derives a reasonable living from brand endorsements, as shown by the numerous posts on her social media site, where she goes by the handle of Natashaliubordizzo and has an officially certified page.

Liu has more than 544k followers on Instagram and nearly 350 postings. Liu’s Instagram posts are always full of news about her various endeavors, as she never fails to notify her followers of what she is up to.

Read Also: How Tall Is Lauren McNamara: Here’s What We Know