Who Is Priya Mangal From Feature Film, Turning Red? 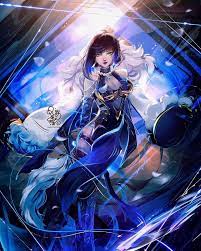 Priya Mangal is a major character in Disney Pixar’s 2022 animated feature film, Turning Red. She is one of Mei’s closest friends and is always seen by her side. She is shown to be very intelligent, as she is always getting good grades in school. However, she can also be quite sassy and has a bit of a temper. Priya is also shown to be a great friend, always being there for Mei when she needs her. Who Is Priya Mangal From Feature Film, Turning Red?

Priya is said to be the most laid-back and easygoing of the four girls, who also serves as a mentor for them. Despite her quiet nature, she frequently acts as enthusiastic as the rest of her companions. She’s into anything ghoulish.

During her introduction sequence, Priya is seen reading a vampire romance novel while asking Mei if she’s a werewolf after seeing her red panda form. Priya has a distinct taste in gothic fashion.

She frequently takes on vampiric postures, such as crossing her arms when resting, and she has revealed that she always wanted a tail. Priya’s gothic tastes are further demonstrated at Tyler’s party when she acts out death for a charades game and says “Thank Cthulhu,” after Mei finally arrives at the party.

Priya is an average-sized Indian-Canadian girl with brown eyes, thick brows, and curly wavy dark brown hair that reaches past her shoulders; she has parted bangs and slightly curled bangs. She sports black round glasses with black frames, as well as gold nose studs for nose piercing.

She has a yellow quarter-stripe shirt with a tiny zipper on top, ochre cargo pants with pockets and blue laces, and gray sneakers. She also sports a black nail polish and a wrist rainbow friendship bracelet on her left hand.

Read Also: Netflix’s ‘The Sandman’: Everything We Know So Far

Read Also: Who plays Cahir as season 2 of The Witcher premieres?