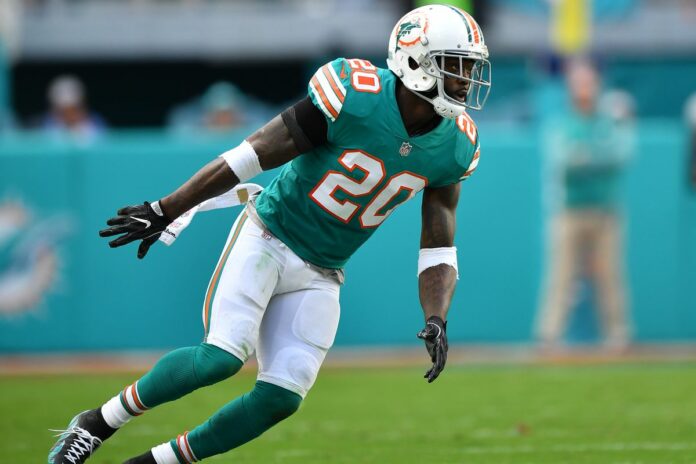 Reshad Jones is a former American football strong safety. The Miami Dolphins picked him in the fifth round of the 2010 NFL Draft after he played collegiate football at the University of Georgia.

In 2010, the Miami Dolphins picked Reshad Jones in the fifth round of the NFL Draft. He played collegiate football at the University of Georgia. During his time with the Dolphins, he was a two-time Pro Bowl selection and was named to the All-Pro team in 2015. Jones was released by the Dolphins on March 13, 2019. Reshad Jones Bio, NFL, College, Girlfriend, Net Worth & more.

Rehad Jones was previously in a relationship with WAGS Miami star Darnell Nicole. The two had a daughter named Carson in September 2013, but unfortunately the couple separated and broke their engagement in 2016.

The 32-year who is currently single has been having a difficult time professionally as he deals with leaving various clubs. Thus, he is completely focused on getting his career back on track, both on and off the pitch.

Jones was born on the 25th of February, 1988, in Atlanta, Georgia. He graduated from Booker T. Washington High School with AAAA All-State and Defensive Player of the Year honors from The Atlanta Journal-Constitution and the Georgia Sports Writers Association.

Jones was not only the No. 1 safety in the country, but according to PrepStar 100 and Rivals Top 100 as well as Fox Sports Net South Countdown to Signing Day All-South First Team defensive back.

After high school, Jones decided to attend the University of Georgia for his higher education and to play on their varsity team. He played three years before moving up to join the starting lineup for the Georgia Bulldogs. In his college career, he appeared in 39 games total and started 27 of them. His numbers show 206 tackles with 10 stops for losses.

Not to mention, he caught 13 passes and 11 interceptions for 174 yards. Jones held the record for the most interceptions in two years running. In addition, he was named to the Sophomore All-American second team and All-SEC second team.

Reshad Jones Net Worth In 2022

As of 2022, Reshad Jones has a net worth close to $12 million. In total, throughout his ten-year professional career, Jones earned over $58 million.