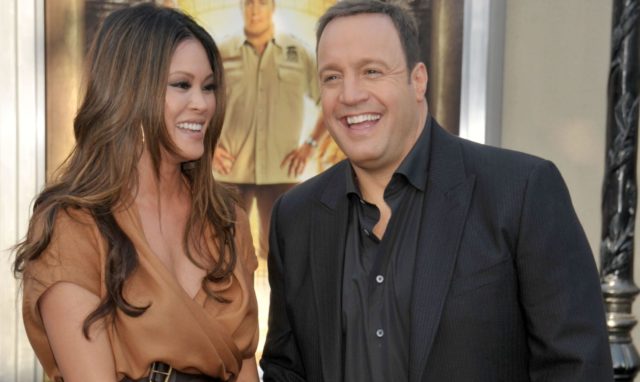 Steffiana de la Cruz is best known as the wife of Kevin James, an American actor, comedian, screenwriter, and producer. He is best known for his role as Doug Heffernan on the CBS sitcom The King of Queens (1998–2007), for which he was nominated for a 2006 Primetime Emmy Award for Outstanding Lead Actor in a Comedy Series. He starred in another CBS sitcom, Kevin Can Wait (2016–2018) for which he was nominated for a 2017 People’s Choice Award. Link in bio.

Steffiana de la Cruz Age : Her exact date of birth is not known. She is in her 50s. She holds American nationality and belongs to mixed ethnicity.

Steffiana de la Cruz Height : She stands at a height of 5 feet and 3 inches tall. Although her weight is not available, she has a slim body. Similarly, the 50-years-old lady has naturally brown hair and dark brown eyes. She is usually seen rocking short hair. Further body measurements of Steffiana are not available right now.

Steffiana de la Cruz Husband : She is married with Kevin James. Couple is also blessed with children. Couple have four children. In 2012, James stated that he is a practicing Catholic. In 2019, James hosted a retreat featuring Father Chad Ripperger and theologian Scott Hahn.

Steffiana de la Cruz Net Worth : She belongs from a rich family background. Her net worth is estimated to be $1.2 million.