When Is Stormgate Coming Out In 2023: Release Date 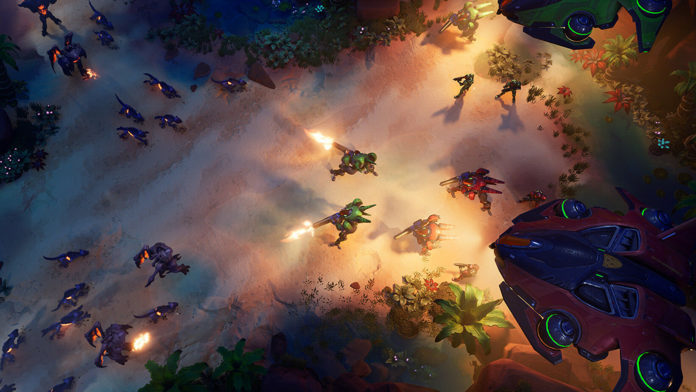 The Summer Game Fest 2022 had several amazing events, and the revelation of Stormgate was one of them. It’s the newest real-time strategy game from Frost Giant Studios, which is made up of former Warcraft III and StarCraft II developers.

The ‘Stormgate’ presentation at the event received positive feedback from the audience. The game’s announcement film was a blend of science fiction and fantasy. The trailer displays a huge monster-like alien attempting to persuade an unwilling human. While the incredibly realistic visuals and stunning vistas were fascinating, fans may be concerned about when the game will be launched. We’re here to help you through it. When Is Stormgate Coming Out In 2022?

When Does The Stormgate Beta Start?

The beta version of Stormgate has not been announced by Frost Giant Studios, but we do know that it will be released as a beta in 2023. It will be a free-to-play PC game with no microtransaction or pay-to-win options like most current games.

It’s simple to join the Stormgate beta test. Go to the game’s official website. The sign-up option may be found on the home page, as shown in Figure 1. Simply fill in your correct email address and then click “Sign up for Beta!” That’s all there is to it. You’re ready to play the game in 2023.

Stormgate is a breath of fresh air in the RTS genre. Not only does it promise stunning visuals with Unreal Engine 5, but it may also be the most innovative replacement for old-fashioned real-time strategy games. According to Tim Morten, Production Director and CEO at Frost Giant Studios, approachability is important.

While the game is free to play, it will have a substantial social aspect. Consider how your friends could be involved in campaign segments, three-player co-op mode, and 1v1 competitive combat. If Stormgate meets all of its requirements, it may have a bright future.

How to Play Roblox on now.gg: Check Out The Full Guide