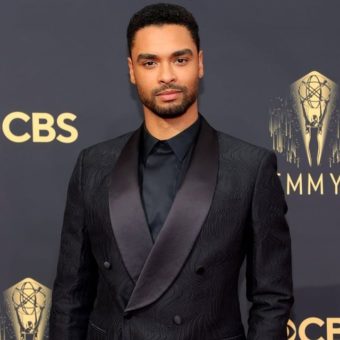 Regé-Jean Page is an English actor. He was a regular cast member on the ABC legal drama For the People from 2018 to 2019 before taking on the role of Chicken George in Roots, which aired in 2016.

In 2020, Page appeared in Netflix’s first season of the historical drama Bridgerton as Simon Basset, Duke of Hastings. For this role, he won the Outstanding Actor in a Drama Series NAACP Image Award.

He is the third of four children and was in a band with his brother. He had spent his childhood in Harare, Zimbabwe before returning to London for secondary school.

In conclusion, he belongs to mixed ethnicity and holds American nationality.

Regé-Jean Page Biography: In season one of the Netflix drama Bridgerton, he played Simon Basset, Duke of Hastings. In 2021, he was nominated for a Primetime Emmy Award for Outstanding Lead Actor in a Drama Series. He spent his childhood in Harare, Zimbabwe. After returning to London, he resumed acting as a pastime.

In 2016, he starred as Chicken George in the miniseries Roots. He’s been seen in the series For the People. His mother was a Zimbabwean nurse, and his father a Methodist minister. He has three siblings. Phoebe Dynevor and Nicola Coughlan were among his Bridgerton castmates.