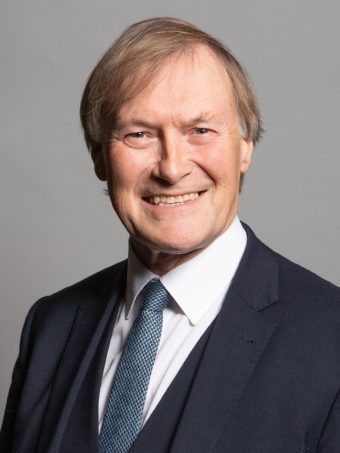 MP Julia Amess is paying tribute to her husband, Sir David Amess, after hearing of his passing in sorrow. Tributes are being forwarded to her in celebration of their anniversary.

Julia Amess’ spouse and whether they have children are two questions to be answered. We’re going through everything you need to know about them.

WHO WAS DAVID AMESS?

According to reports, David Amess, a Conservative MP who was stabbed at his constituency office in Essex, has passed away.

He is 69 years old and has served Southend West in Parliament since 1983. The MP for Basildon was the first to enter Parliament, in 1983.

Following the assault, a 25-year-old man was taken into custody on suspicion of murder, according to police.

Sir David died at the scene of the incident.

WHO IS DAVID AMESS’ WIFE, JULIA?

Julia Arnold is married to Sir David Amess, and the pair has five children. According to The Sun, Julia works as a part-time caseworker for her husband.

The couple share a son and four daughters together: Katie, David, Sarah, Alexandra and another daughter who is not known to the public.

Julia and David had their firstborn, Katie, in 1985, who went on to become an actress and model. Amess studied at Queen Mary University of London and the Royal Central School of Speech and Drama in London.

Tributes have poured in for the family, with Boris Johnson’s wife, Carrie, tweeting: “Absolutely devastating news about Sir David Amess. He was hugely kind and good. An enormous animal lover and a true gent. This is so completely unjust. Thoughts are with his wife and their children.”

Brendan Cox paid respects: “My thoughts and love are with David’s family. They are all that matter now. This brings everything back. The pain, the loss, but also how much love the public gave us following the loss of Jo. I hope we can do the same for David now.”

Lindsay Hoyle, speaker of the House of Commons, stated: “In the coming days we will need to discuss and examine MPs’ security and any measures to be taken, but for now, our thoughts and prayers are with David’s family, friends and colleagues.”

Sir David was described as a “family man.”